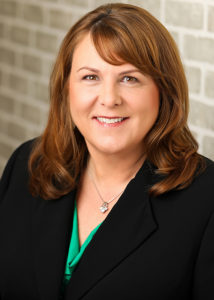 Lisa Shoults Belflower, Vice-President of Operations, at United Skin Specialists (USS) has over a dozen years in operational and clinical healthcare leadership. Lisa is responsible for all of the USS’ operations.  To ensure clinical operational excellence, Lisa works in collaboration with cross functional departments such as human resources, finance, marketing and revenue cycle management. Lisa has a passion for patent satisfaction with positive clinical outcomes along with highly engaged employees.  She strives to provide the physicians, other providers, and employees the tools to excel within their job role thus allowing USS to continue having high patient satisfaction scores.  Under her leadership with highly satisfied patients and engaged employees, USS will continue on a path of executional excellence and  growth.

Lisa’s leadership career began within a large integrated health system, Allina.  She was an operational leader within multiple hospitals throughout the organization.  She worked on growth and remodeling projects such as the installation of imaging equipment and new service lines.  Employee engagement scores improved significantly creating a culture of collaboration and transparent communication.  In addition, she served on multiple committees that brought clinical excellence to the organization with surveys and accreditations from Joint Commission, American College of Radiology, and CMS for stroke certification.

After receiving her Master’s in Business Administration, Lisa transitioned to an outpatient specialty practice management organization, Center For Diagnostic Imaging (CDI).  In that role Lisa led the largest market of the company in the Twin Cities including fifteen clinics and two ambulatory surgery centers.  Lisa partnered with the physician practice and medical director to grow volume and add service lines such as vascular and wound care. Three clinics were expanded or opened during her four years at CDI.  Most recently Lisa was clinical director at Global Kinetics Corporation (GKC), a neurology device provider for Parkinson’s patients.  She was instrumental in the organization and creation of the independent diagnostic testing facility model for GKC.